Hey, Jamie here. This is the 10+4 System, or how to make an irresistible offer.

So, what’s the power of a good offer?

In 1973, George Lucas proposed the idea of Star Wars to 20th Century Fox. They loved it. They said yes, and that they would pay him $500,000.He made a counteroffer. He said, actually, just pay me $150,000, but I’ll get the right to Star Wars, any sequels or prequels, any merchandise.

They agreed to it. It seemed like a good deal to them.

George Lucas made $50 billion from the franchise.

That’s the power of a great offer.

With Facebook ads or with any advertising at all, a great offer is often the difference between success and failure, and it’s pretty much the most important thing.

So how do we come up with great offers?

Well, first of all, let’s define what an offer actually is. So an offer is basically an invitation to take an action.

Your offer is a specific thing, a specific thing for a specific purpose, for a specific campaign or whatever. It’s a combination of features and benefits. It uses risk reversal and scarcity. And it’s a thing that’s laser-focused for your target customer. It’s a thing so perfectly matched to them, to their pains, their wants, their needs, their desires, and their dreams. The transformation they’re after that’s impossible for them to resist.

That’s what we’re going for.

Most people will say, hey, buy my stuff, or hey, here’s my stuff. Do you wanna buy it? And wonder why no one bought anything.

So, what’s the process of putting this all together?

And yeah, you need the other stuff. You need which are they, how old are they, what gender, where do they live, where do they work, but what we’re really after is the emotional stuff, okay?

Next, you gotta define the thing you’re selling. Is it a product or a service? Is it a pair of shoes? Is it a six-week training programme? Is it a live seminar? Define that thing.

Step three, give it a good name. Give it a catchy name, something that stands out. Look up some advertising power words if you want.

Step four, what specific results will it deliver? This could be maybe three to five things, all of which should relate to that customer, to what you know about that customer and what they want and don’t want and all their pains and everything.

Then step five, what are the components of the thing? If it’s, let’s say, it’s the six-week training programme, what’s in that? You’ve got two training, two classes, two training sessions a week, and you’ve got a meal planner and a calorie counter and online support group. List out all the things, and also list out how are they delivered. Then go through each one of those.

Step six, go through each one of those and describe how each one of those components that we just listed, how that helps towards achieving the overall goal. The way to do this is to use the phrase, ‘which means that. . .’

Step seven: list any bonuses. What else are you throwing in there? What are you adding that isn’t normally part of that?

Step nine, what urgency can you add? Different ways to do this. It could be a limited time thing offer. It could be only a limited number available. Maybe there’s only so many spots that you’ve got. Maybe there’s a limit on the bonuses, so the main, the core product, the core service is there, but the bonuses are limited, a limited offering. Is it something relevant to the person? For example, you know, maybe you’re selling baby things to pregnant women. Well, there’s a pretty clear deadline there, or maybe you’re an accountant, and you’re selling something to do with taxes, and tax season’s coming up soon.

And in step 10, what’s the guarantee you’re gonna offer? Is it a money-back guarantee? Is it satisfaction guaranteed, whatever it is, and here’s the thing: if your guarantee doesn’t make you a little bit uncomfortable, you’re probably playing it too safe.

I used to run a ski holiday business in the French Alps, and a few years into it, I switched my guarantee up, off the advice I think of the Jay Abraham book, I offered, one of the things that my clients specifically mentioned as making a difference between them coming to stay with me or with someone else. I offered a 100% money back guarantee on a holiday, and no one else was doing that. So I said, I can’t remember the exact wording, I said if you don’t love everything that I do, if you don’t love what I do and the holiday that you have with me, then when you get home, I will refund you every penny that you paid me.

And that was a big, that’s a big offer, and it did scare me, and obviously, not a single person took up on it, because I delivered a great thing. I believed in what I offered. I gave ’em a great holiday, and no one took me up on the refund. But it did feel a bit uncomfortable.

Put ’em all together. It’s going to be a big, long thing.

You’re going to have to tidy up, make it succinct, and you’ve got yourself an offer.

That’s it. That’s the 10 steps and now the four questions. 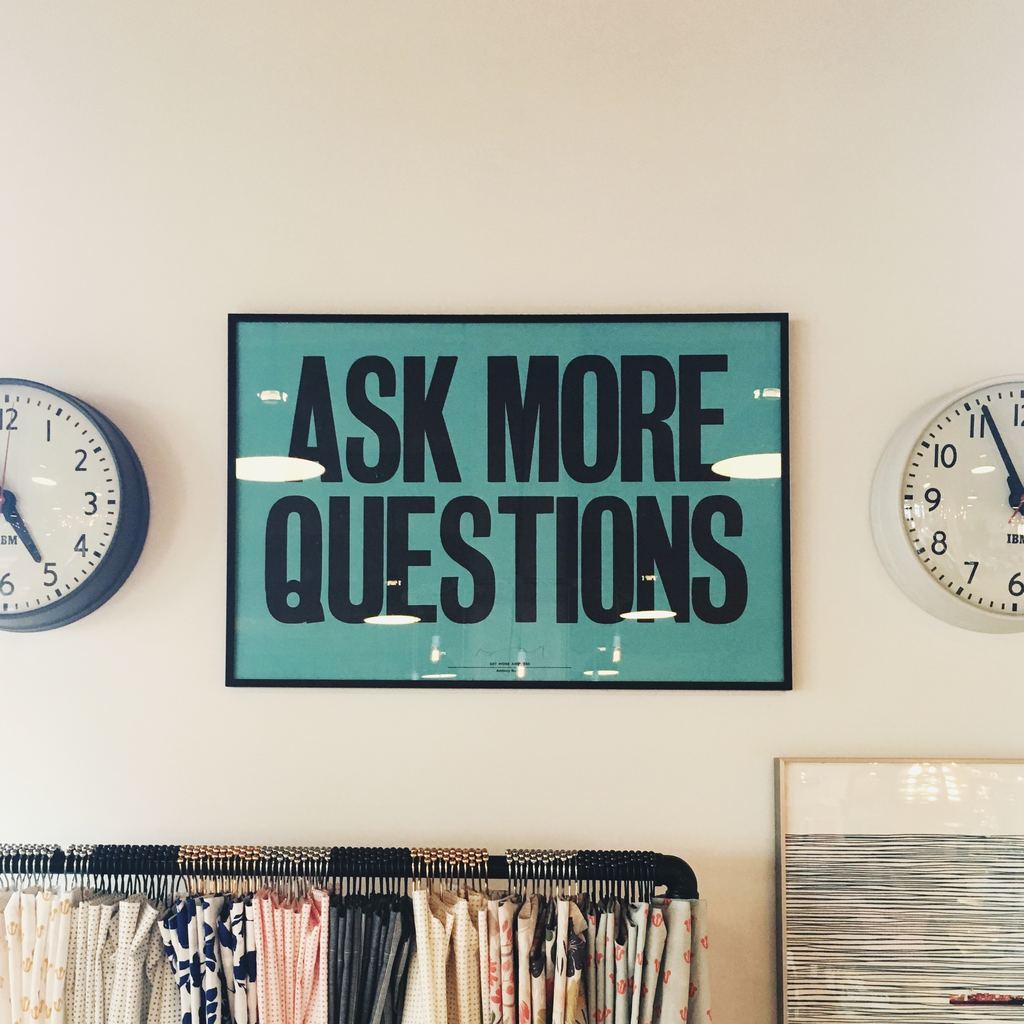 Ask yourself these four questions to make sure you’ve got it spot on.

First one: is the offer clear? If it’s not super easy to understand, then it’s not gonna work. Confused people don’t buy. You need to dumb it way down. Could a legitimate idiot understand it?

For example, a 20% discount coupon with no reference isn’t proof. Because people, we are suspicious, we are cynical, we are sceptical. Could someone look at your offer, could they make them suspicious? Could they think that it’s a trick, or that you’re tricking them somehow?

A good way is to make reference and show proof of the original price if you’re gonna do a discount.

And then the next one is, does it include a discount or an upgrade? Is that there? If you’re worried about degrading your product or about cheapening what you offer, then don’t do a discount. Do a premium thing, maybe an upgrade, or go with free. Free is a more powerful statement than discount, because it’s also more, it’s a bolder statement from you as a business, because you’re saying this isn’t about the money. This is about showing the value that we’re giving you.

And the final question, is there a logical reason for the offer? Something like, you know, a flash sale. What’s it for? What’s the point?

Again, we are skeptical. So does it seem shady? Almost any reason is fine, but there needs to be a reason. It needs to, there’s no limit to what it can be, but it needs to get through people’s logic filter. They need to be like, yeah, that makes sense, and it also needs to get through their bullshit filter. Does it feel scammy? Does it feel just like a cheap way to get some extra money, or does it make sense?

So that’s it. 10 steps, four questions, and that’s how you create an irresistible offer.